GRATEFUL FOR THE OPPORTUNITY 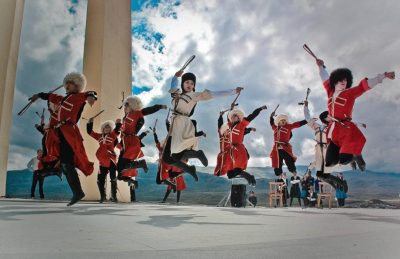 Between the (eastern(-most)) sands of the Black Sea and the Caspian Depression’s western flank, a spired and snowcapped range rises like the granitic spine of a slumbering beast. It is the Caucasus Mountains, where Europe and the Middle East meet in an embrace, perhaps one of mutual concession that this land does not belong to either one of them. The Caucasus is its own land, at once fiery and tumultuous, yet magisterial and serene. And nothing reflects this better than its national dance—the Lezginka. Women float imperiously on tip toe, chins nobly raised, dresses flowing to the floor, while men whirl, leap, and stamp impetuous as mountain goats, headlong as plunging eagles. 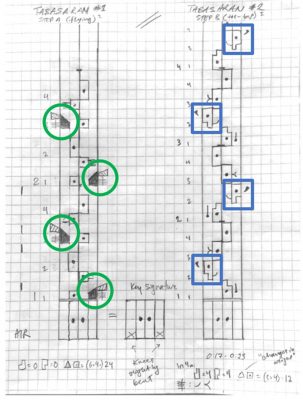 Sample of my Labanotation of Lezginka

Through the generous help of the Alekseyev Scholarship, I have had the tremendous opportunity to begin a study of this dance in-depth over the past semester in my course, “Advanced Form Analysis” through DIU’s Center for Excellence in World Arts (CEWA).

My goal has been to compare the dance among neighboring people groups to see what differences emerge. Using kineography, a written form of movement transcription known as Labanotation, I have analyzed the footwork of forms of Lezginka native to three different people groups. Patterns have quickly begun to emerge. It appears promising that this approach may yet reveal further cultural and artistic insights that, as yet, remain hidden in the movements of hands and feet.

I am extremely grateful for the help of the Alekseyev Scholarship to begin, and hopefully continue, this unique line of inquiry.

Where Are They Now? 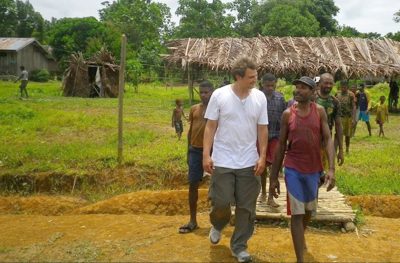 Welcome to a new feature in our newsletter, where we give a sneak peek into where our alumni are now. Today, we are featuring Seth Johnston.

Seth graduated from Dallas Int’l in 2009 with a master’s degree in Applied Linguistics. He returned in spring 2019 for a refresher course and is now preparing to return to his work in Southeast Asia. You can pray for wisdom, direction, and protection for him and his team as they prepare for the next phase of their work. 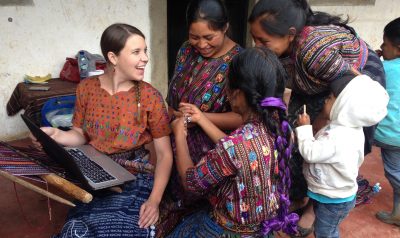 Thanks to generous gifts from people like you, we have raised over $17,000 of the total goal of $30,000 for the Alekseyev Endowed Scholarship matching campaign.

Want to be part of equipping deserving World Arts students to make a worldwide impact through arts engagement?