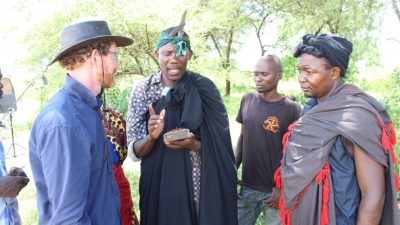 Daniel Kliemt (L) with Sangu community members. The man to the right of Daniel is holding a malimba.

I recently went to a village in the Sangu area in Tanzania. We went to make a video of an art form which features the malimba accompanied by dance and song. A malimba is a musical instrument the size of a hand, with metallic strings that are plucked with the thumb.

Our recording location happened to be the burial place of some of the Sangu chiefs. The recordings are part of a larger project: The traditional art forms of the Sangu are to be collected and analyzed with the hope of gaining a deeper understanding of their beliefs and worldviews and making use of the Sangu forms of communication in order to convey biblical content. In addition, we filmed a video for the Sangu, and the material will be prepared for a Sangu museum project. 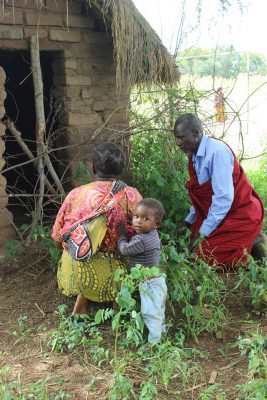 Sangu family praying to their ancestral spirits at the grave of a chief.

An earthquake occurred in the middle of the filming. Women with their babies and little children came running from the village since that is the place where some of the Sangu pray to the ancestral spirits. The Sangu believe their ancestors have direct access to God, and they can ask Him for help. A lively discussion arose among the women. Their conclusion? The earthquake was a confirmation from their ancestors’ spirits in favor of our filming. Whew! What a privilege that we have direct access to God, that He sees and listens to us and is really interested in us.

Many doors have opened in recent months. From the beginning of February to the end of May, I have traveled almost every week to the Sangu area—about a four-hour trip—in order to gain knowledge of a certain art form that is quickly dying out. I have been fascinated by how these people share and convey their beliefs. Some of the songs have to do with character building, some with family responsibility, and some encouragement for the grieving, but others are about how to properly perform the magic rituals so that they will really be effective. Some of these songs could come straight from the biblical writings on wisdom. Others include content that is far removed from biblical thinking.

The most important thing about my recent months among the Sangu is the relationships and trust that have grown between us. In recent weeks, I’ve been asked several times to ask God’s blessing on the food, and we have also spoken about deeper issues.

In recent months, relationships with the chief of the Sangu ethnic group and other Sangu leaders have grown. They have even requested that I mediate a large project about conserving the Sangu culture among the various Sangu groups. One of the groups is even promoting the spreading of the scripture in the Sangu language. Praise God for how He works and uses the arts to connect to people’s hearts! 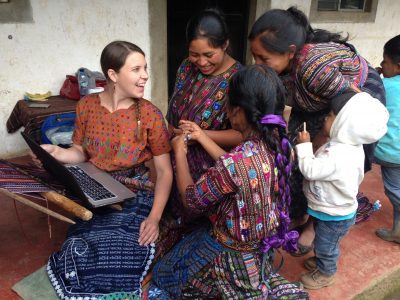 We are excited to announce that we are over halfway to our goal of raising $30,000 in our matching campaign! These funds will provide students like Daniel with scholarships that empower them with training to serve minority communities around the world.

Would you take a moment and ask God whether He might be leading you to be part of this through your financial contributions? For more information, visit https://www.diu.edu/cewa/donate.

Thank you for your prayers and your support for this amazing program!