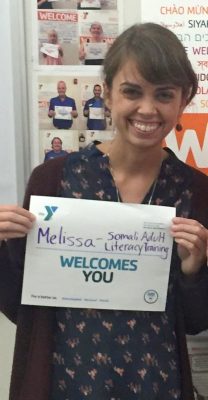 She thought she was heading to Mexico when she moved to study at Dallas International. Melissa Petersen came for her education in literacy in 2017 with plans to use her Spanish language skills, her bridge-builder heart, and her vibrant personality to develop and encourage mother tongue literacy tools in Eastern Mexico. However, it seemed that God had other plans, as He directed Melissa to use her abilities to serve Somali refugees in Minnesota instead.

Melissa works as Outreach Developer for SALT, Somali Adult Literacy Training. You may remember last month’s issue when we highlighted Mike Neterer, SALT director. While they were both students at DIU, Melissa became interested in the work Mike’s team does among refugees and immigrants. Melissa’s role is to connect local community members with native Somali speakers for language learning, all to cultivate trust, build bridges, and to connect with Somali neighbors. She hopes through her language program to empower those who work with Somali refugees to be more effective through language learning.

She attributes the Second Language and Culture Acquisition class offered at DIU with much of her success in this new role. Melissa took the Growing Participator Approach, used in DIU classes for language and culture learning, and modified it to suit her context with Somali refugee language helpers. She then partnered these language helpers with American community members to learn Somali. Melissa used her education at DIU to prepare picture dictionaries that would facilitate comprehension and then trained language helpers to conduct language sessions.

A nurse in the program said to her one day, “My sister works in Africa, and all this time I thought she was the one living out her purpose. It turns out that I, too, have the same purpose of working alongside my Somali neighbors here in Minnesota.” Melissa hopes that others will begin realizing the same thing as she and SALT build their language program to branch out into other refugee and immigrant populations in the future. “Jesus entered our culture,” Melissa said, “so we also give up things and enter theirs.”

As you pray for Melissa and her work in Minnesota, you can ask for her to find balance, as work among refugees can be as challenging as it is rewarding. She also asks for prayer as some of the roles in her branch shift around in order for them to be more effective in their work. Finally, pray for the incredible work of building bridges among refugees in Minnesota.

Melissa thought she would be the stranger —welcomed into a new community, learning a new language. Instead, she became one of those who would welcome the strangers among her into her community, helping others learn their language—proof that God wastes nothing when we follow Him. 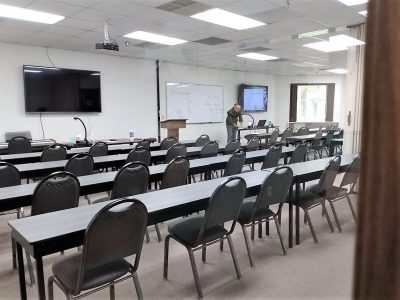 In response to the COVID-19 pandemic, Dallas International University has transitioned all classes to a virtual platform and sent staff to work from home. We will continue operating virtually through the end of this term and during the May and Summer terms as well. We are so grateful to the Hillcrest Foundation for the grant funding we received from them last year that allowed us to purchase and install the technology that has made this transition possible.

Although our classrooms will be empty, there will still be a lot of learning taking place. Kudos to our amazing faculty and students for making the best of a difficult situation!

Where Are They Now!

Alumnus Aaron Hemphill (R) with friends Geraldo, his wife Betsy, and their children picking up New Testaments from the Casa de Idiomas (House of Languages, their literacy and language development center) before a follow-up trip to the Alacatlazala area in Mexico. 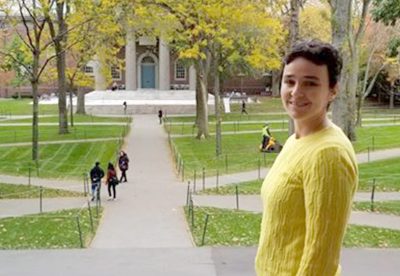 Congratulations to PhD student Anya Ezhevskaya, who recently received notice that her article “Insights from Sociolinguistics and Translation Studies for Maintaining Bilingualism in the Home” has been accepted into the prestigious, peer-reviewed journal, Missiology. Anya is the first DIU person to be accepted for publishing in this journal since 2005. Finally, many thanks to faculty members Neil Coulter and Michelle Petersen for mentoring Anya in this project. 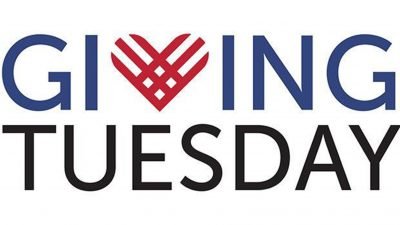 Thanks to your generosity, Dallas International University raised over $500 during the Giving Tuesday campaign last winter. Are you interested in investing in the education of cross-cultural workers who make a worldwide impact? You don’t have to wait for Giving Tuesday to come back around! Visit https://www.diu.edu/donate/ for more information. You can also contact us by email at development@diu.edu or call us at 972-708-7552. Together, we can impact marginalized communities, both here in America and all over the world.