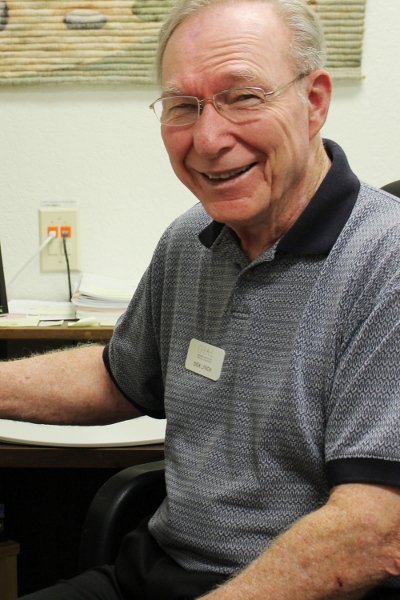 Dick, as he is better known, enjoys his varied responsibilities as Director of Institutional Research and Services. Not only does he oversee the plan for Dallas International, but he also oversees the maintenance and arrangement of classrooms and offices. Additionally, Dick performs annual evaluations to ensure that Dallas International continues meeting accreditation standards. Attentive to the needs and goals of Dallas International and its students, he plays a significant role in maintaining the pleasant, stimulating atmosphere characteristic of the school.

Through a diversity of experiences, God has uniquely prepared Dick for his ministry at Dallas International. After graduating from Northeastern Bible Institute in New Jersey, Dick served with Children’s Bible Mission (CBM) in Tennessee for fifteen years. In addition, he earned his master’s degree in choral conducting from Westminster Choir College in Princeton, NJ. Following his time with CBM, Dick spent seven and a half years as a college professor and chairman of the Music Department, teaching music and multiple other subjects. He then moved to Texas to serve as Minister of Music and Education for a church plant in the Fort Worth area. Later, Dick became the assistant to Wycliffe’s International Coordinator for Management Training. He filled this position for seven years before moving to Kenya, where he became Administrator of the Translation Degree Program. Afterwards, Dick returned to the States to serve as an administrator for Oregon-SIL. Then, when GIAL (later Dallas International) was founded two and a half years later, he became an administrator of the new school. Shortly thereafter, Dick transitioned into the position he holds today, where he continues to faithfully serve the student body using the many skills he has acquired and developed.

During his time in college, Dick gained valuable experience working in cabinet shops, framing houses, and selling building materials that specially prepared him for his current responsibilities involving building maintenance.

Dick loves music and shares this passion through his heavy involvement in Sing ’N’ Share.

One of Dick’s favorite ministries involves training others in management by working with them through problems, teaching them to lead effectively, and equipping them to succeed.