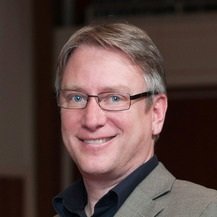 George Kenworthy is a Spiritual Formation and Outreach Pastor in suburban Minneapolis, Minnesota.

George and his family lived in Mongolia for ten years where he was an international relief worker and community development leader.  Their work included building a school and clinic which all ultimately became Mongolian-led.

George was named Humanitarian of the Year for Mongolia after organizing a relief effort following three months of minus 40 degree temperatures. The relief effort distributed blankets, food, and fuel to rural Mongolians.

He was also appointed as Special Counsel to the Selenge Province (Mongolia) Education Board and helped with pedagogy and curriculum development for the province.

George received his Ed.D. in Organizational Leadership from Nova Southeastern University. His dissertation was developed into a series of training seminars used by the Mongolian State Department. His research continued to international affairs, and received a grant to complete his Ph.D. in Public Administration in Mongolia. His is the first foreigner to complete post graduate work in Mongolia.

George is married (Terri) and is the proud father of two children.