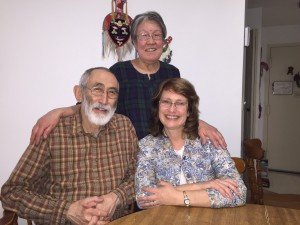 For students who have demonstrated, through a period of fieldwork, outstanding potential for serving cross-culturally as a World Arts Specialist.

Dr. Eduard Alekseyev (1937-2021) received his PhD and Doctor of Science degrees in ethnomusicology from the All Union Institute of Art Studies in Moscow. For forty years, he conducted intensive musical fieldwork in various republics of the former Soviet Union, becoming particularly known for his expertise in the musical cultures of Siberia. From 1972-1992 he was Chairman of the All-Union Folklore Commission of the Union of Soviet Composers. He also served as Founder of the Department of General Theory of Folklore at the Institute for Art Studies. Dr. Alekseyev is the author of more than 100 publications, including the books Yakut  Folksong and the Genesis of Tonal Organization (1976), Early Folklore Intonation: Aspects of Pitch (1986), Folklore in the Context of Modern Culture: Thoughts on the Fates of Folksongs (1988), and Notating folk music: Theory and practice (1990).

Dr. Alekseyev emigrated from Russia in 1997 and lived in Malden, Massachusetts, until his passing. He had a rich connection with Dr. Robin Harris, professor and director of CEWA. For the last decade, their collaborative projects have deepened Dallas International’s connections with a global community of scholars. Dr. Harris writes:

Professor Alekseyev’s mentoring deeply impacted my life. In addition to the joy that such a friendship brings, working with him on various aspects of my dissertation and book projects greatly enriched my understanding of the Soviet historical context, of Sakha music, and of the epic song and storytelling genre of olonkho in particular.

Most importantly, I appreciated the spiritual values that we shared. He inspired me with his humility, scholarly inquisitiveness, and loyalty, profoundly demonstrated by his dedication to “giving back” to both his field collaborators and his many students. He modeled a generous, kind, and unpretentious life of scholarship.

It is my privilege to launch this scholarship for the benefit of World Arts students who have demonstrated, through a period of fieldwork, outstanding potential for a future as an Arts Specialist. It is my hope that this scholarship will encourage recipients to follow in the footsteps of my mentor, Eduard Alekseyev, achieving excellence both in the classroom and on the field.

Thanks to the generosity of our donors, the goal of raising $30,000 to meet the matching challenge in order to endow the Alekseyev Scholarship was reached in November 2019! This means that there is now a total of $60,000 in the endowment to provide tuition support to qualified World Arts students at DIU. Thank you for giving so that we can continue providing high-quality training that makes a worldwide impact!

OTHER WAYS TO GIVE